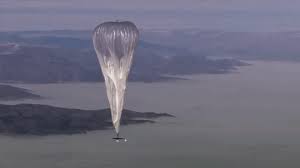 With the aim of enhancing internet connectivity around the globe Loon Company entered into a partnership with AT&T - a telecommunication company. This partnership will support Loon to offer internet service more easily and quickly across high-altitude of disaster-zones areas. Alastair Westgarth, the CEO of the Loon Company, stated that under this partnership the Loon Company will be completely integrated with AT&T and this enables the company to provide service to any mobile operator across the globe in order to provide international roaming for its network that has a settlement in place with AT&T.

The main idea behind this step is to allow to respond quickly to the high prone areas of natural disasters that affect the traditional internet infrastructure. Also, this will save valuable time and allow Loon to serve the mobile operator market simultaneously.

Moreover, in 2017, AT&T Company worked with balloon-distributed wireless setup and became the first carrier. However, the network integration has been expanded to AT&T’s 200+ global roaming partners which will enable Loon to serve hundreds of operators across the world without carrying any specific network integration which is a time-consuming process. As per the Loon, its individual balloons from 20km above the earth, have coverage of around 80Km in diameter and can serve around 1,000 users on the ground with the help of an LTE connection.

Thus, the partnership will enable Loon to enhance its operating system and design it in such a way that it will work efficiently when disasters attack conventional web infrastructure. Though the company has to perform a range of tasks before serving the web services as there are still some constraints such as government approvals and deployment of ground infrastructure in a provided region. The company has only started one service in Kenya after a waiting year for approval.

In October 2017, Loon Company secured approval from the US Federal Communications Commission for using its balloons in order to restore the internet connectivity to Puerto Rico post devastation of Hurricane Maria. Again in 2017, the balloons were also used when the El Nino floods affected areas of Northern Peru, and also in 2019 when the earthquake of 8.0 magnitude affected the Peru region.

Also, the company stated that it has already secured more than 50 agreements to fly over countries such as Kenya, Uganda, Democratic Republic of Congo, Namibia, Malawi, Chad, and Lesotho. In 2018, the Alphabet Company spun Loon into an individual company, before it was a part of the Alphabet "moonshot factory".

Moreover, the company is also working strategically in order to install ground stations due to the approaching season of hurricane in the Caribbean and serve efficiently during the time of need. Additionally, the company has also worked before with AT&T during the time of the disaster in Puerto Rico after Hurricane Maria, therefore the two have an experience of working together in hard times.