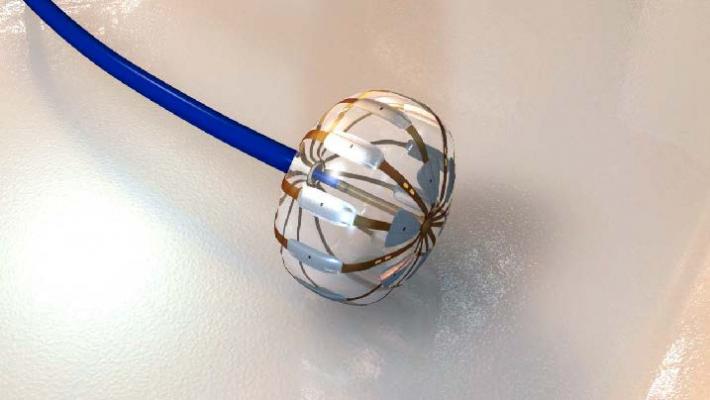 Catheters are medical devices that can be inserted in the body for the treatment of various diseases or perform a surgical procedure. The thin tubes are made from medical grade materials and find application in the treatment of cardiovascular, urological, gastrointestinal, neurovascular, and ophthalmic diseases.

Imaging-guided, catheter-based endovascular therapy has potential in the treatment of pulmonary embolism (PE) and recurrence of venous thromboembolism (VTE). The prevalence of VTE is high in Europe. According to NHS Scotland, 75,846 people were admitted to hospital for VTE in Scotland from 2008 to 2017. Catheter-based therapies for DVT were introduced in the 1990s. Catheter-directed thrombolysis, percutaneous mechanical thrombectomy, and pharmacomechanical catheter-directed thrombolysis are able to substantially reduce thrombus burden in patients with acute deep vein thrombosis.

Some catheter-based treatments have low adoption, especially in low-risk patients, and current guidelines recommend the same. The use of transcatheter aortic valve replacement (TAVR) for the treatment of severe aortic valve stenosis caused by degenerative leaflet thickening and calcification falls in such scenario. The low adoption can be attributed to concerns regarding clinical and subclinical valve thrombosis. In this regard, developing a predictive model to evaluate the progression of thrombotic process can be fruitful. In March 2020, researchers from Center Cardiologique du Nord de Saint-Denis, France and University of Pavia, Italy, reported that the use of a predictive model based on the association between CT scan and biomodelling can be useful in selecting patients who would not benefit from transcatheter aortic valve replacement.

Minimally-invasive, catheter-based approaches have potential in the treatment of gastrointestinal diseases. GERD is one of the most common gastrointestinal disorders, with a prevalence of approximately 20% of adults in western culture. Development of a new method that can directly and quantitatively measure the level of the opening and the closing of the lower esophageal sphincter in a minimally invasive fashion can aid in the treatment of gastrointestinal disorders. In this regard, catheter-based acoustic interrogation device can aid in monitoring motility dynamics of the lower esophageal sphincter.

Catheter-based system can be used in the treatment of volume overload in patients with acutely decompensated heart failure (ADHF). ADHF majorly affects aging population. According to the U.S. Census Bureau, the U.S. geriatric population is expected to reach 77 million by 2034. Such scenario has promoted approval and launch of novel, catheter-based heart failure treatment. In June 2020, preCARDIA, Inc.’s catheter based system for the treatment of volume overload in patients with ADHF received the Breakthrough Devices Program destination from the U.S. Food and Drug Administration (FDA).

Summing up, catheter-directed treatments hold promise for various chronic disorders in the near future.