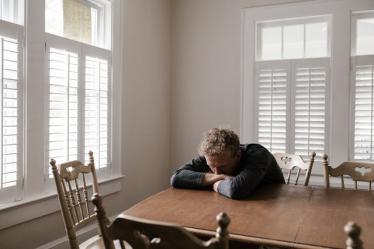 According to the United States Centers for Disease Control and Prevention, around 35% of adults in the U. S. sleep less than seven hours per night.

Sleep is an important part of every individual's well-being and overall health. Getting enough sleep can help prevent heart disease, excess weight gain, and increased duration of illness. Not getting enough sleep inhibits a person’s ability to regulate emotions. According to the research published in the eLife journal, sleep may help individuals learn unceasingly throughout their lifetime. Lack of sleep may increase the risk of developing a mental health condition. It may cause further sleep disruption due to some health conditions such as depression and anxiety. Moreover, lack of sleep increases the risk of obesity, heart disease, and type 2 diabetes.

According to the United States Centers for Disease Control and Prevention, around 35% of adults in the U. S. sleep less than seven hours per night. Sleep is important for physical well-being, however, it also helps maintain cognitive skills such as memory, learning, attention, and emotional regulation. The new research found a link between sleep problems in early childhood and the development of psychosis and borderline personality disorder in teenagers. The research was published in the JAMA Psychiatry journal.

Moreover, the research found strong evidence that insomnia not only precedes the development of depression, however, also anxiety disorders, schizophrenia, and bipolar disorder. The team also found a link between insomnia and an increased risk of suicide. The research suggests that lack of sleep for three or more successive nights leads to delusions, hallucinations, and perceptual distortions. The internet, social media, video games, and TV on demand are keeping people away from their beds. According to previous research, lack of sleep brings negative emotional bias and has important implications for daily living, as well as in the clinical setting.